The internet revolution is upon us and some are less willing to jump on board than others.

There are many misconceptions and debates about the power social media holds, the new found energy that’s been injected into social activism because of social media and what our generation can achieve with it.

As Shonda Rimes stated in her Dartmouth graduation speech early last year, “A hashtag is not a movement.” A hashtag understandably is not the be all and end all when it comes to inciting meaningful change. This has been especially highlighted in the perceived ‘failure’ of #bringbackourgirls, where high-profile public figures, like Michelle Obama and Nobel Peace Prize winner, Malala Yousafzai, all joined the cause in a bid to raise awareness for 200 Nigerian girls who were violently kidnapped from their schools, whilst writing an exam, in order to be sold as wives and sex slaves. The kidnappers are members of Boko Haram, a militant group who are prone to bombings, assassinations and abductions in an effort to get what they want – an extremist Islamic state.

This social (media) movement received backlash and people grew tired of seeing the words #bringbackourgirls, sprawled across pages being held by well-known celebrities with sad faces, yet no action. In turn, many people either lost interest, were under the impression the girls were returned, or have moved onto other causes that seemed to be trending and were achieving something. Nine months later however, this hashtag is still ongoing and there are a number of journalists who are trying to reactivate people’s enthusiasm through social media in order to push the Nigerian government to take responsibility, whether that be accepting International aid or sourcing ways to find these girls and stop Boko Haram. 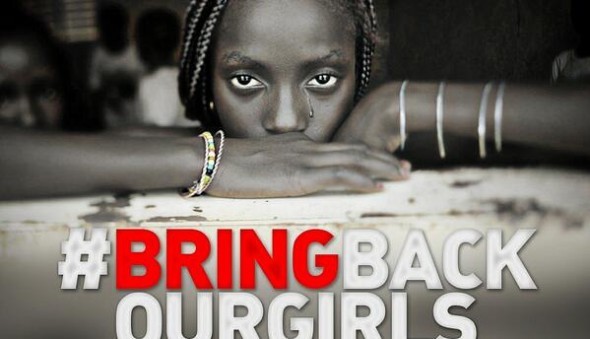 Despite the perception of failure – few people know that this campaign was initially started by Nigerians, and is an ongoing action with the hashtag being used to inform, inspire, and continue to put pressure on the Nigerian government. The website, which was started along with the hashtag, offers support and action, highlights upcoming events and even crowdsources “Citizen Solutions to End Terrorism”. According to the website, after the news of the kidnapping and hashtag went viral, the United States, United Kingdom, Canada, France and many others offered their diplomatic support and aid to Nigeria in order to rescue the young women who were kidnapped by extremist group Boko Haram – but Nigeria refused their help.

A hashtag can start a conversation, empower those who felt voiceless, connect and unite us, and even inspire a generation to action. However, there will always be barriers. As a generation rallying for social change, these barriers are inevitable where government officials are involved. In these circumstances, the more people that spread the word and connect globally – the more pressure we can put on the people who have the power to incite meaningful change and action.

I believe in the power of Social Media – do you?