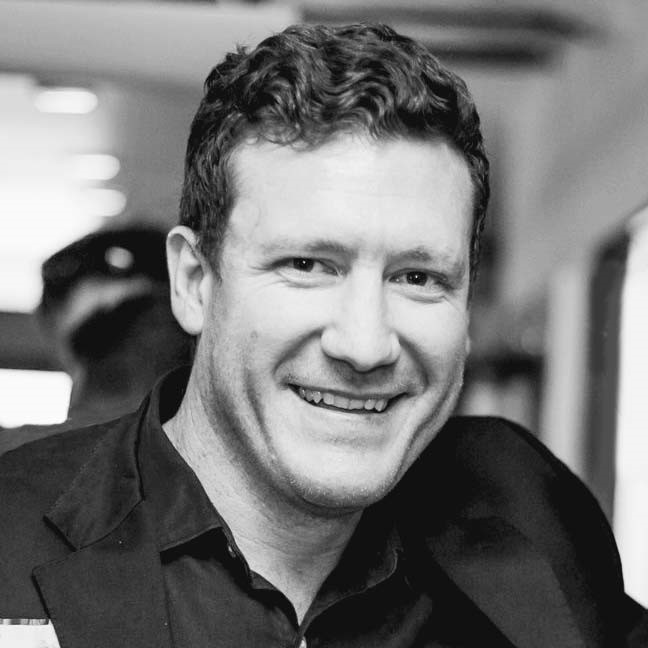 Cape Town, 3rd June, 2014 – It dawned on me 2 years ago that no digital idea can be truly great without participation. It also dawned on me that there is no real participation without the Big Idea. This set me on a mission to discover how to truly combine “creative” and “digital”.

Most digital agencies classify themselves as digital, but sometimes, all this means is that they are creatively driven and passionate about social ideas. An idea floating around on its own needs a guiding hand to push it into the mainstream with a view to a real audience. The future of digital lies with agencies that produce creative work but are also able to engage viewers and measure engagement. Ultimately this interaction will impact a brand.

The question is – how do we ever truly know that an idea has impacted a business? Ground-breaking ideas are not enough on their own. Having a great idea is like building a castle in the desert. People don’t just arrive at your doorstep – this is not 1980.

A great idea all on its own is not enough to draw a crowd, but a great idea executed via an integrated campaign is another story. In 2009 T-Mobile found great success staging a flash mob of 350 dancers at London Waterloo railway station, which went viral on YouTube and made waves on TV stations around the world. But you want to know something? Many of the 13,000 people that congregated and danced to mimic a T-Mobile ‘Life’s For Sharing’ TV ad were there because of the event being publicised on Facebook.

I have just returned from New York, London, Paris, Dubai, Milan, Frankfurt, Singapore and Geneva and one thing is clear: digital media houses are profitable and are starting to offer creative in-house around the world. They even do creative display ads and YouTube/Facebook work free of charge! Too many of the old guard spend big on media without understanding it. Media is specialised. Fact. But, ideas from agencies will always be creative. Fact.

It was in the late ‘80s advertising agencies cut media out. Today many of them are suffering. My journey has taught me that the world’s next great digital agencies will be those that run media and ideas effectively in-house – and I mean in-house. So many agencies claim to know search, PPC, display, YouTube and the like only to find themselves outsourcing in the hope that the other company makes the idea a success.

In this ‘age of now’ digital gives us data, and those who react to data the best will be the best. Fact. Clients want proof that idea-driven campaigns are successful – not just innovative. They want answers to questions like: How many visits did we get? What is the behaviour on our site, and how did people engage with the idea or the content? Did we gain leads or sales? What’s our brand sentiment in the market?

Sceptics will say that these are obvious questions with answers. But which agencies have built their own ORM and analytics tools? If you want to understand data then you need to work with data. You need to be able to extract it and show the client what really matters. While this software exists, a lot of it is convoluted and adoption is often poor.

Agencies that generate the idea, deliver it through digital media and produce data backing up the work will be the leaders of the next generation. No great idea stands alone – media belongs in the agency.

Data that is farmed effectively will not only show clients they’re gaining on an investment, but it will give agencies the flexibility to adapt, change and react immediately – thus aiding accountability and improving a client’s reach.

Everyone loves a creative idea; a big, bold campaign. It’s what we all work towards as ad people. But the key is to understand big data and have the ability to adjust your campaign fast. Fast is good in 2014.

Shaune Jordaan is the CEO of Saatchi & Saatchi’s digital search marketing/digital arm, Saatchi & Saatchi Synergize, an award-winning, full-service digital agency and Google Analytics Certified Partner, which boasts a team of 75 professionals based in both Cape Town and Johannesburg.

Publicis Groupe acquired Synergize, the Search Marketing category winner of the 2012 and 2013 Bookmarks Awards and winner of 3 additional awards, in 2013.

Having received a rugby scholarship to study English and Communications at Pietermaritzburg, Shaune transitioned into the world of advertising when he made the move to Cape Town.

A passionate advocate for change and growth, Shaune believes that nothing is impossible and his energy remains a daily inspiration for his team. He encapsulates the vision of Big Love meeting Big Data, approaching everything with drive, enthusiasm and love. Saatchi & Saatchi Synergize is a full-service digital agency specialising in digital storytelling, web design, PPC, social media, Analytics and strategic campaigns. Shaune stands by the ethos that relationships with clients are core to the business and prioritises delivering outstanding service and measurable results.

He has worked with a number of influential brands, from Mr Price to CarMag, Property24, Careers24, Sanlam, Checkers, Shoprite, Cadiz, Mr Delivery and Getaway. He has led his team to win multiple prestigious Bookmarks Awards, including coveted gold pixels in the organic search category, and he has transformed the original company from a small-scale operation to a global player. He also founded the White Hatters movement – a non-profit organisation which seeks to further the presence of digital in Africa.

Shaune is a fervent Sharks supporter and in his spare time he loves to go surfing and travelling with his lovely wife, Amy.