Last night I watched Cosmos and I was absolutely spellbound. Since it’s release it has been rather controversial with some hectically big Sagan-sized shoes to fill. 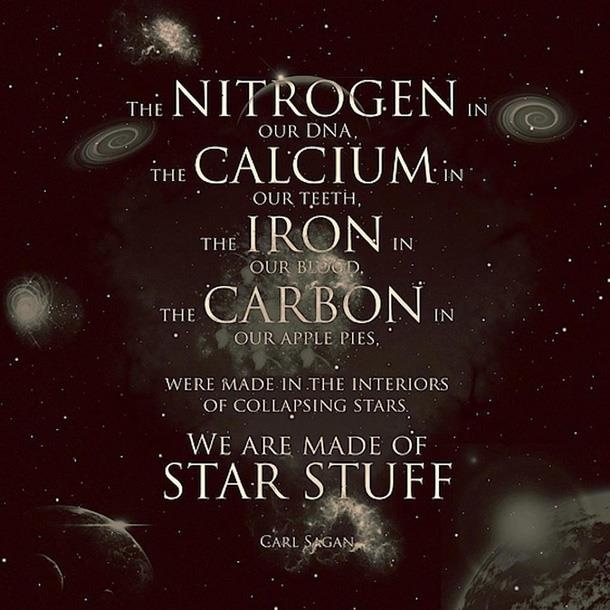 Scientist, celebrity, author and poet, Carl Sagan had an incredible knack for taking big, complicated science and explaining it in a way that made it accessible but still awe-inspiring. He spun words together in ways that conveyed the immensity of the cosmos, the fragility of humankind and the wonderfully entangled web we all find ourselves in. As a science nerd and lover of words, I want to be him when I grow up. Or maybe a Carl Sagan/ David Attenborough mix – wouldn’t that be amazing?

Cosmos: A Personal Voyage was written by Sagan, Ann Druyan and Steven Soter and presented by Sagan. It explores the relationship of humankind to the universe, the beauty and complexity of the cosmos, the origin of life and the ghosts of dead stars. Family Guy creator Seth MacFarlane recently undertook the formidable task of remaking the original Cosmos series with astrophysicist Neil deGrasse Tyson as the presenter. Taking on the beloved cult series without its iconic presenter was a brave move by MacFarlane, but one he was backed in by Ann Druyan and Steven Soter who wanted to create new episodes of the series. So far the revised Cosmos has had a mixed reception, but on the whole it’s been positive. 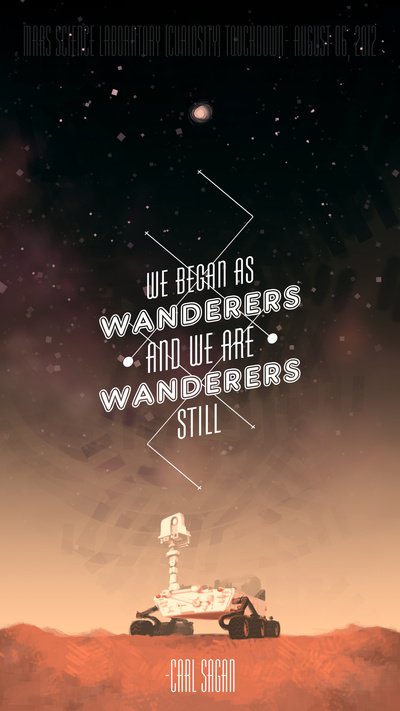 Last night’s episode explored the concept of gravity, the ghosts of dead stars, the early inspiration of Einstein, the warping of space and time, the speed of light, the beginnings of life and the Big Bang, and the unknown universes potentially hidden within the gravitational cores of swirling black holes.  My favourite part was Tyson’s thought experiment when he simulated what would happen if one were to enter a black hole – swirling mists filled the screen and beautiful unearthly shapes and colours seeped into flashes of pulsating light as we defeated the laws of the universe and fled towards the centre of the unknown. How could the gravity field of a dead star hold an entire universe and more black holes and more universes within it? That’s something I’m still trying to get my head around. Here’s another amazing thing: there are more atoms in your eye than stars in all the known galaxies.

Sagan’s words are like poetry. If I was brave enough to get a tattoo I would probably cover my body with them so I could carry them with me always.

Here are a few of my favourite quotes.

“Look again at that dot. That’s here. That’s home. That’s us. On it everyone you love, everyone you know, everyone you ever heard of, every human being who ever was, lived out their lives. The aggregate of our joy and suffering, thousands of confident religions, ideologies, and economic doctrines, every hunter and forager, every hero and coward, every creator and destroyer of civilization, every king and peasant, every young couple in love, every mother and father, hopeful child, inventor and explorer, every teacher of morals, every corrupt politician, every “superstar,” every “supreme leader,” every saint and sinner in the history of our species lived there-on a mote of dust suspended in a sunbeam.” (You should read the rest of this – it’s just beautiful).

“The nitrogen in our DNA, the calcium in our teeth, the iron in our blood, the carbon in our apple pies were made in the interiors of collapsing stars. We are made of starstuff.”

“Science is not only compatible with spirituality; it is a profound source of spirituality. When we recognize our place in an immensity of light‐years and in the passage of ages, when we grasp the intricacy, beauty, and subtlety of life, then that soaring feeling, that sense of elation and humility combined, is surely spiritual. So are our emotions in the presence of great art or music or literature, or acts of exemplary selfless courage such as those of Mohandas Gandhi or Martin Luther King, Jr. The notion that science and spirituality are somehow mutually exclusive does a disservice to both.” 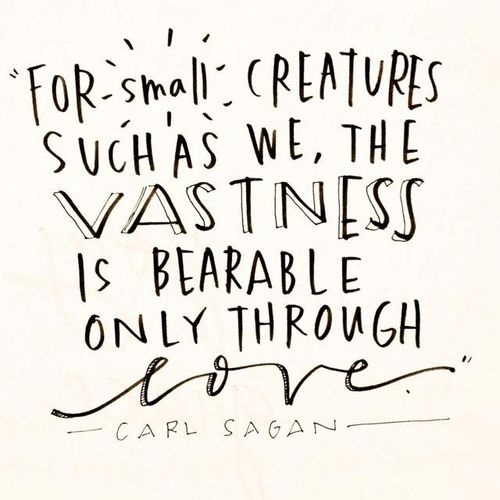