Three weeks ago Facebook announced their new ‘name’ policy stating that, in order to keep its communities safe, users are required to provide their real names.

This included asking users to refrain from using the following in their Facebook profile names:

The three-week window period saw a number of people being contacted by Facebook, saying their accounts have been temporarily suspended until they provided Facebook with their real, full names. 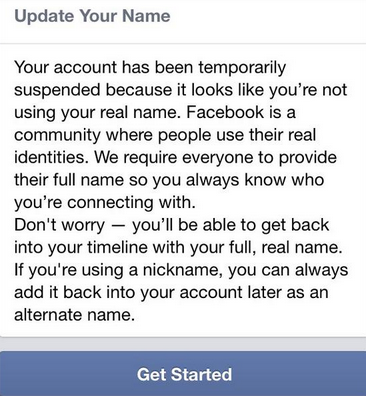 What happened was that more and more people started migrating to other social media platforms, reasons for which are pointed out by a user on social media: 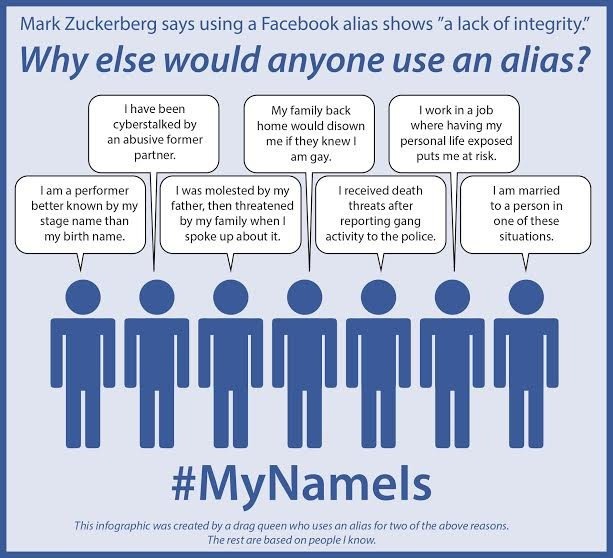 The #mynameis infographic by a user.

Sister Roma, a 27-year veteran of San Francisco’s Sisters of Perpetual Indulgence, raised her concern in a Facebook post after she had to change her name to Michael Williams – a name she said she has not used for nearly 30 years. 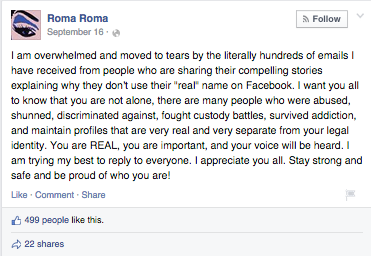 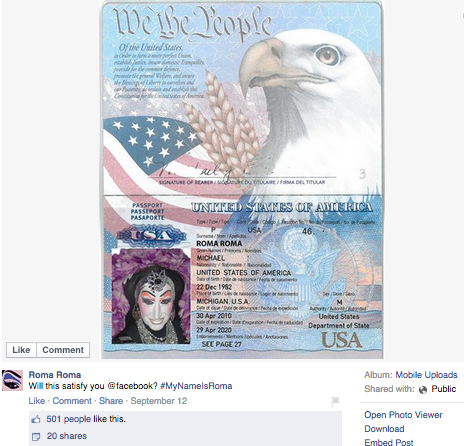 And of course, this got people talking – taking their concerns to Twitter using the #mynameis hashtag.

Following the outrage, Facebook agreed to meet with San Francisco city officials and activists following its criticism, with Sister Roma being the key liaison between Facebook and those affected by the policy. She pointed out that some people use pseudonyms because they were victims of abuse, not safely “out,” or want to connect with communities on social media via their stage names. In South Africa, corrective rape can also be added to that list.

Facebook’s Chris Cox has apologised on behalf of the company since accepting that its policy opens the doors to harassment. Cox said that they are committed to getting the profiles of those affected as they were, and that they’ll continue to improve its policy.

Sister Roma has reported that 300-400 accounts have been deactivated, and that anyone affected by this can send her their profile URL, describe why their account was blocked or suspended and staff the authenticity of their identity. She also said that Facebook has come out publicly in the community’s support, and is 100% committed to finish what she started. This doesn’t keep people now from turning to other social media profiles like Ello or Google+ for a better user experience. Especially after Google+ has announced they will no longer have restrictions on what name users can use. The major concern though is not what social media platform users choose to use, but rather when people will (like the most followed person on Vine, Nash Grier), realise that yelling “fag” on a vine clip adds to internalised homophobia ­– muting people who are ‘real’.

The power of social media shouldn’t be underestimated. And the responsibility of how social platforms are managed should be taken into account by those who use it, and those who own it.