May 28 2014 will go down as a historic date for the Saatchi & Saatchi 5-a-side football team. It was the day we won our first match.

Prior to this, the going had been tough. Each Wednesday we would dutifully head to the Waterfront football pitch after work with our boots neatly laced and our black kit in place, hopeful of a fun – and successful – outing. But optimism would soon turn to despair as, five minutes into the match, we were drenched in sweat, clinging to our last breaths and staring at a humiliating defeat.

Four weeks in succession we lost badly, and yet we never let our spirits wane. “We were the better team really,” we’d say after the match. “15-2?” we’d scoff. “We could have smashed them.” Our opponents had two attributes in their favour: fitness and experience. They were not special players. All we needed was the stamina and the experience to go toe-to-toe with them.

Bit by bit, day by day, we started to live clean. We’d go on fewer smoke breaks or dispense with cigarettes altogether. We would find ourselves idly daydreaming about upcoming matches in lunch breaks, and working together better as a team on match day proper. The margins of defeat narrowed, but we were still losing. Victory seemed an intangible non-reality; something to long for, yet always out of reach.

May 28 changed all that. Five weeks of practice and clean living shone through in our play as we camped ourselves in our opponents’ half and strung together intricate passes. Now and then we were caught on the break but we would simply track back, regain possession, and ping it forwards again. We were playing like a team, and when the final whistle sounded we hugged in celebration. The score read 10-7 in our favour. Our efforts to live better and play smarter had paid off.

No one gave us a price after the first match. But this team of footballing upstarts has proven definitively, comprehensively and quite conclusively that nothing is impossible – and along the way we’ve had a lot of fun.

Support the Saatchi team every Wednesday at the Fives Futbol pitch in the Waterfront. Matches come thick and fast and excitement is never in short supply. As for next season? At this rate we’ll be top of the log. 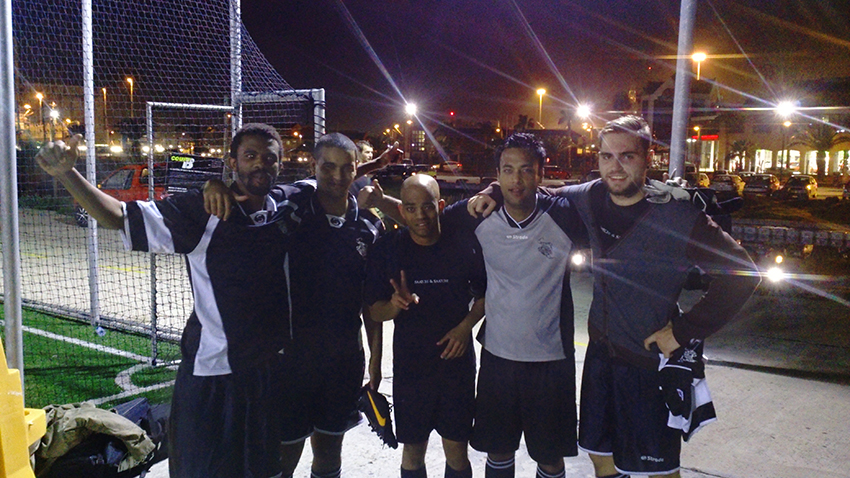