People from around the world were shocked by the sudden death of David Bowie as he had kept his cancer diagnosis a well-kept secret. Many vocalized their thoughts and expressed their feelings via social media, posting GIFs and paying musical tributes to the legend. Here are some of the findings gathered by our in-house social listening tool, Swordfish. 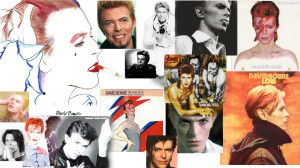 We had a look at David Bowie’s contribution to the world. Not only did he contribute to the world of music, but he also played a pivotal role in film and television . Bowie will always be remembered for his role in films such as The Last Temptation of Christ and The Prestige, but his songs and performances have made quite an impact on memorable movies too. 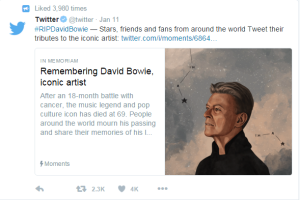 One of the tweets – remembering David Bowie, iconic artist. With Twitter being the most dominant platform, people around the globe took to social media to express their feelings. 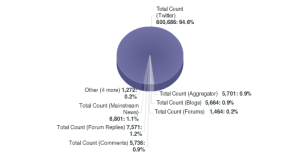 Statistics found that the platform predominantly used to pay tribute, was Twitter with a staggering amount of  600 686 mentions. Swordfish tracks blogs, mainstream media, forums and other types of online and social platforms. The most commonly used hashtags were #davidbowie and #ripdavidbowie . David Bowie grew up in Brixton, United Kingdom, where a street party took place in commemoration of the late star.

David Bowie died on the 10th of January but it was only a day later that conversations spiked to 632 765  mentions online, as the world began to mourn the death of the legend. 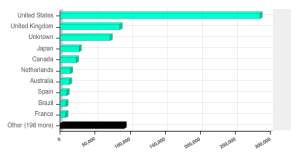 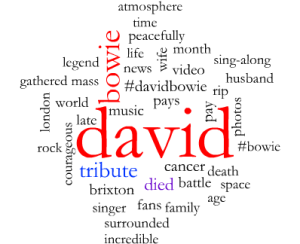 The word cloud above shows the words that were used most prominently when mentioning David Bowie and the circumstances surrounding his death.  David Bowie will clearly always be remembered as a pop icon and musical legend.