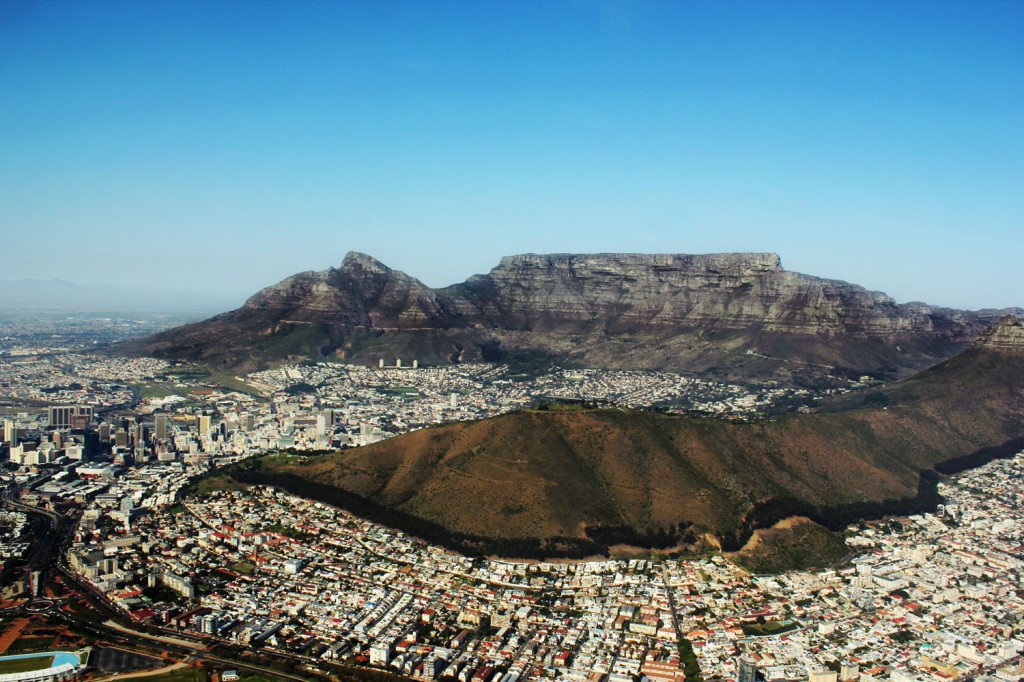 Every year, I make New Year’s resolutions, none of which I ever stick to. But just as 2014 was about to dawn on us, I decided to challenge myself. Without setting any strict targets, I just decided that I would start doing more things that scare me – after all, what’s life without a little bit of excitement?

Lo and behold, the challenges started pouring in, and before long, I was given the opportunity to tackle two of my biggest fears in one go: flying and heights. When I was told that I had to go on a helicopter ride, I was anything but thrilled. I kept having visions of a turbulent flight, with the helicopter being sashayed back and forth by the wind. I was dreading it. I tried to find ways out of doing it, but the monkey on my back kept on reminding me of the promise I had made myself. Whether or not I made it out alive was irrelevant – I needed to do it.

After a sleepless night of tossing and turning, the day finally came when I had to climb aboard a big metal structure relying on nothing but an engine and some propellers to keep me from an untimely death. We arrived at NAC Helicopters Cape Town, my two companions smiling and laughing while I was shaking, wishing that I hadn’t eaten breakfast that day.

It all happened very quickly. Before I knew it, I was in the front passenger seat with headphones on. I was terrified. As we were lifting off, I contemplated jumping out before we got too high up, thinking to myself that at worst, I’d sustain only minor injuries like a fractured limb or a few bumps and bruises. But as we ascended, I couldn’t help but notice something: Cape Town truly is the most beautiful city in the world, even more so from up in the sky.

The higher up we flew, the more of the city I saw. It was marvellous. With clear blue skies, perfect weather and a majestic view of Table Mountain, I suddenly felt a sense of calm relaxation. It was unlike anything I have ever experienced before. The never-ending blue seas below us made me realise just how special Mother Nature is. I couldn’t believe that even for a second, I had contemplated giving up this opportunity.

The helicopter itself was quite spectacular. Everything went smoothly, from take-off, to the flight and the landing. It was basically the opposite of what I had imagined would happen. Once you’ve seen one of the New Seven Wonders of the World from a bird’s eye view, you realise that the world is indeed a very special place.

Now I’m not a soppy person. I find stories of over-coming obstacles to be far more clichéd than they need to be, but I can truly say that this experience helped me overcome my fear of heights and flying. Don’t get me wrong, I’m still quite apprehensive, and I am certainly not going to jump into the next aircraft I see, but the helicopter flight certainly helped me realise that if we don’t challenge ourselves to do these things, we miss out on the beauty of life.

Seeing things from a different perspective, both literally and figuratively, opens you up to an entirely new aspect of life. Having lived in Cape Town all my life, the novelty of seeing Table Mountain had worn off by the time I was five. Now, 19 years later, I have been able to experience exactly the same mountain, just from a different angle, and it was beautiful!

View all posts by Toni →