Load shedding is back – this time with damage to the Majuba power station coal storage silo.

Top tweeters are determined by on topic posts, comment counts, likes and votes and engagement in general.

Based on our topic profile, the word cloud below shows the summary of the most mentioned words relating to Eskom, load shedding and electricity. 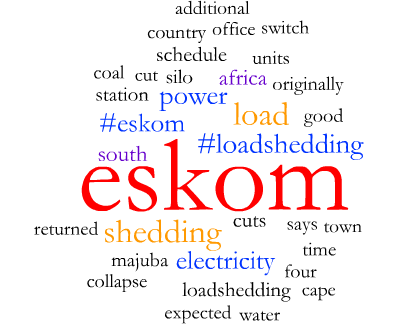 Channels talking about load shedding are broken down by the number of posts each channel received. Twitter showed highest topic activity with a 93.6% count. 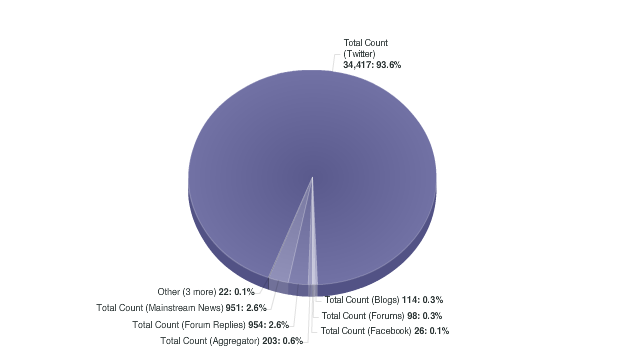 Channels that received the most traction on Eskom, load shedding and electricity.

After seeing the stats, the top 5 brands in South Africa on Facebook and Twitter were looked at to see how they incorporated the trend into their online conversations.

On Facebook, only Gumtree took advantage of the topic by creating a post to promote their app. 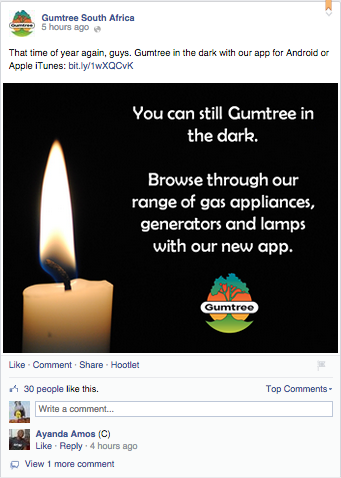 And on Twitter, only Woolworths took to the opportunity – urging their followers to rather buy chicken at Woolworths than worrying about cooking.

With social media having such immediate streams of information – people looking to it for news and creating their own news streams – isn’t it time for brands to do start doing more and listen less?