Don’t you hate the flu? There’s nothing worse than waking up in the morning to a sore throat and a sniffle and resigning yourself to the sinking realisation that you will be bed-ridden for the next week. efferflu C Immune Booster understands your pain and is giving away a holiday of a lifetime, valued at R60 000 (approximately $6000), to ease those winter blues.

But to be eligible to win, you need to get involved in #ProjectTrapped. What exactly is it, you ask? Enter Nic and Gareth of Derick Watts & The Sunday Blues, who are spending the next five days holed up in a hotel room together. Through the window of their hotel room they’ll spy a bustling city teeming with life. But because these fresh-faced, impressionable and decidedly flu-free adults are part of this social experiment, they won’t be able to taste the outside world until Friday the 16th. 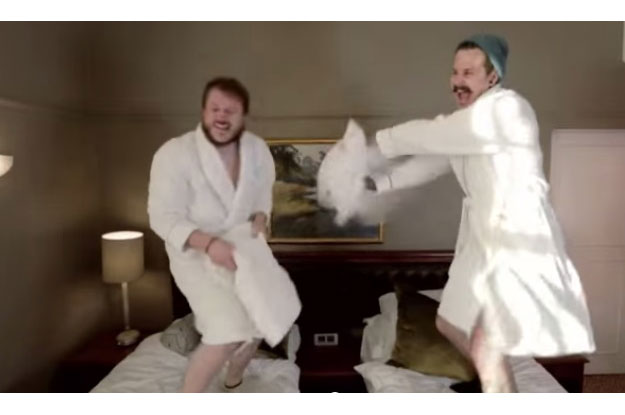 So what are they going to do to pass the time? That’s where you have the say. Follow @efferfluC on twitter and tweet the boys using the hashtag #projecttrapped. Leave suggestions, activities and ridiculous games for the dynamic duo to partake in. The wackiest suggestions will be acted out by Nic and Gareth, who will then post the accompanying video to the ProjectTrapped twitter feed. You’ll get the credit and the recognition of your peers, as well as the satisfaction of watching the dynamic duo at the mercy of your bidding. Last but not least, the best video at the end of the week will win that holiday. 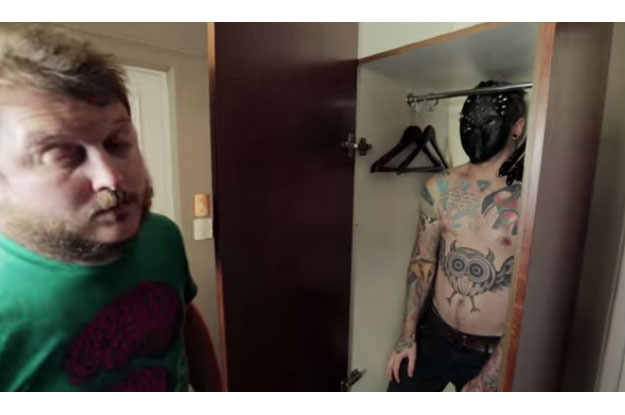 Here are some of our favourite tweets so far.

Angelique Betty hopes to see Gareth and Nic pop into the bathroom, turn on the taps and get the steam rising. From there, a decidedly steamy activity would ensue, as the lads shave one another’s legs.

Catherine Lashbrooke is clearly a fan of Breaking Bad. She’s envisaging Nic and Gareth as the show’s protagonists, Walter and Jessie. In this scenario, the two meth cooks are without the services of the lab and have to make do with a hotel room instead. Nic already has Walt’s moustache groomed and ready to go. Next up, the lab coats.

Catherine proffers another idea that we think should be captured on camera. The boys act out Meat Loaf’s music video “I would do anything for love”. With its touching, heart-warming melody, this cover version would be an instant hit. As would Nic in a white Grecian dress.

Finally, Ashton Obery suggests Nic and Gareth engage “Bedjumping Olympics.” We’re not sure this is a real sport, but why should that stop them?

Here is a taste of the boys in action on Day 1:

Want proof that this impressionable duo will do what you ask? Take a look at exhibit A and B.