Search advertising: The primary contributing factor to quality score is click through rate (CTR)
20 signs you work in social media 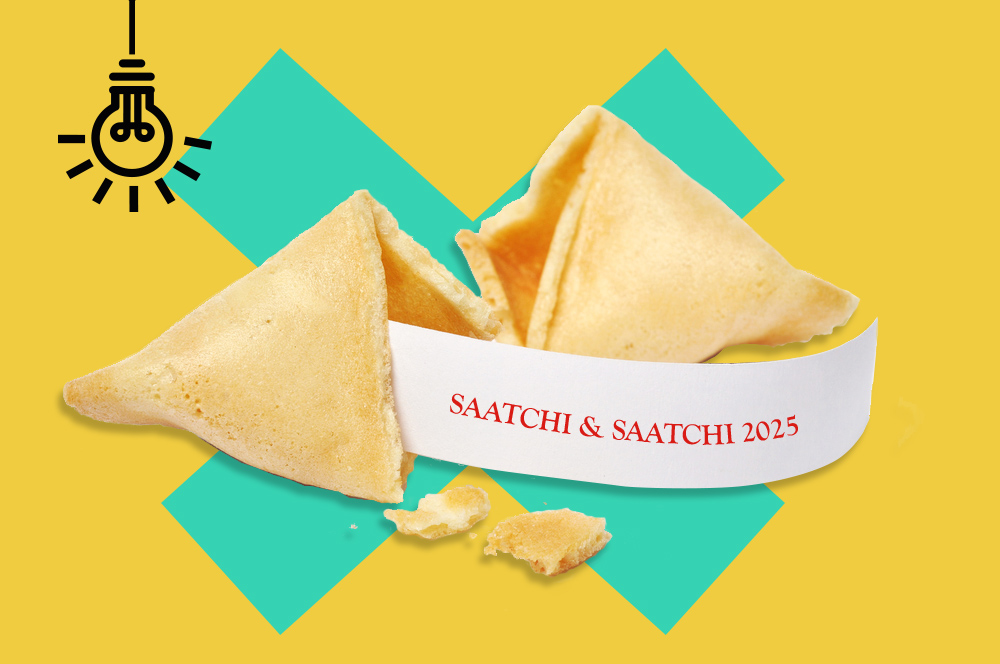 It’s an interesting time of year. Ad schools across the country are filled with students rapidly pulling their portfolios together. They’re prepping for the ‘real’ world and all the stresses and adventures that come with it.

What will life be like for all of these grads, not next year, but when they’re angling to be creative directors? How are they preparing for this future and lest we forget – what are the colleges doing to future proof them? (Hopefully not making them print out physical portfolios to start).

So, in the spirit of enjoyable speculation, here’s a peek at what their lives might be like. And to note – I was lucky enough to brainstorm a lot of this with two of our other talented CDs – Tyrone Beck and Andrew Pearson. So here’s a look at working in the speculative fiction of Saatchi & Saatchi 2025. And maybe one or two tips for the grad year of 2015.

Campaigns will be bigger and more complex than ever. This said, “always on” media will continue to see an increase in speed and turnaround times. Whilst big pictures are forming, brands will be increasingly agile and relevant to their audiences in ways that need to be instantaneous – but also crafted and considered. If today’s print ad is the social post, tomorrow’s social post will be a film or an interaction that’s rich and entertaining – yet more immediate than ever before. Because of this, those who are incredibly fast with the tools of the trade will succeed. They will far outrun the brilliant minds that need time to percolate. Even with automation, we’ll need faster, sharper brains to devise the strategies and make things happen.

Creativity will be stronger and more rampant than ever. And creative partnerships with burgeoning analytics departments will be the norm. Data will drive our thinking and our responses. Algorithms will be prolific, intelligent and creative in ways that create relevance quicker and more accurately than humans ever could. More than ever, it’s getting down to selling product and building long-term brand relationships, rather than creating ‘art’.  But because of the pressures and mass automation of mundane processes, creativity is prized higher than ever.

The next wave of data

Biological data, influenced by the wearables and the springing up of internal agency neuroscience departments, will have a strong influence on how we create and evaluate work. This will help us evoke emotions in ways that are subtle and crafted. The details and emotional journey will be as important as the big idea.

Brands and communications will be more integrated into our everyday lives and more on-demand than ever before. Conversations will happen in times, places and at a volume dictated by the audience, not the brand. Saying the right things, in the right way, at the right time will be more important than ever. And it’ll all be driven by the relationship our audience has chosen to have with us.

Storytelling will be even more relevant. The age of the 30” TV spot will be over. But the age of film will continue to peak. Bigger productions, done by smaller teams, in more surprising ways, delivered quicker than ever before. Films will customise themselves according to viewer data so as to be tailored and persuasive to the individual, rather than an audience segment. Storytelling will be less about a single medium, but rather multifaceted campaigns that deliver a story over time.

Rewards for brand allegiance will be higher than ever

Audiences will be more fickle. They’ll demand that brands build themselves around individuals, rather than one size fitting all. The masses will be tailored to in ways that are simpler and more automated than ever. Artificial Intelligence will deliver automated brand relationships than are constantly and interactively updated and can therefore deliver a higher reward for the individual through what they really want from a brand. Even custom products will be delivered through ubiquitous 3D printing.

In an increasingly fragmented media landscape, with an increasingly elusive consumer, tactile brand experiences will become more important than ever. These experiences will build deeper memory structures and evoke stronger emotions than ever before because of their relevance and timeliness for the audience. It’s about all the senses, rather than just sound and sight.

It’s about people, not job descriptions

It’ll be an age where your job description is less important than what you can do and what you’ve done. Much like the investors of Silicon Valley do today, people will be bought into, rather than roles within the agency. Generalists will be more important than ever. Do-ers will lead the way. Rockstar attitudes will give way to reliability and trustworthiness as clients buy into a ‘Beukes’, rather than a creative director. The age of “You’re only as good as your last piece of work” and the fear drivers of old will be replaced by long term personal brand building which will look at a lifetime of creating relationships and doing things that matter.

People will surround projects, not teams of job descriptions. With this in mind, people wll be more in-line with brands and personal insights than ever before. Clients will request the right people on the job who have personal experience and vested interest, rather than just an understanding delivered by a strategic deck. With this in mind, freelance, scalable agency models will be more important than ever. And so will the individuals filling those roles. It’ll be less fleeting for them, and rather about building a long term relationship with specific brands and worlds that truly interest them.

Nothing is going to change

At the end of the day, whilst all the tools and technology may change, we’re still just talking to human beings like you or I. We deal in emotions. And those emotions that drive us don’t change. Human insight will remain as relevant in ten years time, as it was ten years ago.