To selfie or not to selfie
Britain, the nanny state, takes aim at the internet 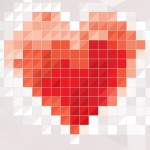 You have no idea how difficult it’s been to restrain ourselves from shouting this from the rooftops, and now that it’s finally out in the open the office is just a blur of activity as everyone dances around and posts millions of Facebook and Twitter statuses. This is big. This is huge. This is a union of unprecedented creativity and digital might, the likes of which has never been seen before.

For Saatchi & Saatchi Synergize, nothing is impossible. Read the below press release to find out more.

Founded in 1999, Synergize is one of only a few Google Analytics accredited agencies in Africa and the Middle East. The agency offers services in SEO, online marketing, web design, CMS development, mobile, PPC/Paid Media, analytics, copywriting and social media. Their portfolio of 100 clients varying in e-commerce, property, finance, retail and travel include those such as, Prime Meridian, a South African car insurance company, Car Magazine, Property 24 and Cash Crusaders, a popular local second-hand e-commerce site.

Synergize is the Search Marketing category winner of the 2012 and 2013 Bookmarks Awards, and a winner of 3 additional 2013 Bookmark awards, the Oscars of digital marketing in South Africa.

According to Gail Curtis, Saatchi & Saatchi Group CEO, South Africa, “The integration of this Big Data powerhouse into Saatchi & Saatchi South Africa will ensure the new integrated entity is a formidable force on the African continent. Synergize’s in-depth knowledge of search engines and online marketing techniques that will increase the value we can deliver for our clients,” says Curtis.

Justin Billingsley, COO of Saatchi & Saatchi EMEA, says that this acquisition creates a strong integrated creative agency bringing together the two critical halves of the future of marketing communications.

“Synergize are very good at what they do, namely optimising the digital channel so that brands can reach individuals in their audience faster and at lower cost and convert these people to purchase,” he adds. “They play very well in the so-called ‘Big Data’ space that is attracting the attention and spend of our clients. The magic though, is not only in knowing where and how to reach people, but to inspire them with the ideas you have to share.

“This is where the partnership with Saatchi & Saatchi makes this so exciting – ‘Big Data’ meets ‘Big Emotion’ to create a sweet spot of optimal ideas with optimal targeting. We have been working together already on some of our clients and it simply works, integrating the ideas and the digital channel.”

Billingsley points out that the time of simply creating something and sending it out into the world is over. “Today the critical skill of an integrated creative agency is ‘curation’ not just ‘creation’, in other words the ability to manage the storytelling around a brand in real time,” he says. “By integrating Synergize into Saatchi & Saatchi we are bringing this real-time digital channel management to make the power of our ideas even stronger.”

He continues: “When we look at potential partners it is not just about capabilities. We are very proud and protective of our ‘Nothing is Impossible’ culture at Saatchi & Saatchi. What’s amazing about Synergize is not just that they are awesome at what they do, but their culture, under the inspirational leadership of Shaune Jordaan, is a natural fit with ours.”

South Africa is ranked as the eighth fastest growing advertising market in the world between 2013 and 2016, driving the next wave of adspend growth.