3
The Power Is In Our Hands

One can imagine the excitement building around the office leading up to the Bookmarks Awards this year, following on from our incredible achievements last year. Once our entries had been completed and sent off in December the next step was to hope, and wait for the awards evening that took place last week. In its 7th year and with the anniversary of the event falling on the 19th of February, coincidentally together with the IAB Summit at the Turbine Hall in Johannesburg, we were extremely pleased at the news that we had been placed in the finals once again.

A few days ahead of the big day, our Creative Director Mike Beukes expressed his high hopes for Saatchi & Saatchi Synergize.

“We’re over the moon about the performance of the agency so far in the Bookmarks. It’s a tough line up of great work this year, but after a successful Loeries and a fair spread of work to make finalists, the team deserve to feel bullish. What I find most inspirational is the number of people that we work alongside every day who have been nominated in the individual awards. It’s going to be a great night. Hopefully including many, many celebratory tequilas.”

And he was right.

Our team walked away with three awards this year, which we are very thrilled about. Account Director, Estelle Visser took Gold for Client services. The SEO department scooped a Silver Pixel for Search Marketing on the Chas Everitt website, as well as a bronze award overall. We were also nominated for Best Agency this year, a brilliant achievement for us being just over a year old. 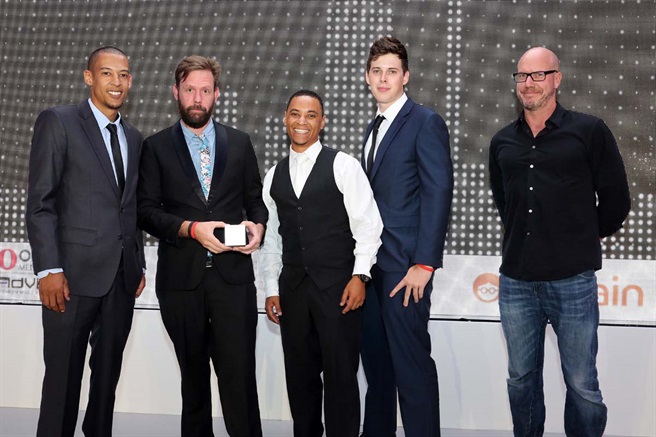 A massive congratulations to all the winners at the Bookmarks awards this year! We feel honoured to have been nominated amongst such a stellar selection of work from around the country once again. The night itself was a ton of fun for those of us that flew to Johannesburg, Anne Hirsch was the ideal MC for the ceremony and the celebrations afterwards made for a fine and festive conclusion to the evening.

The stage has been set for 2015, we are full steam ahead with many new exciting projects and clients, as well as taking our existing work to new levels this year.